Winner of the 2013 Natalie Miller Fellowship,
HARRIET PIKE, travelled to Oxford University in February this year to attend a week-long leadership program at the Said Business School.

Here is the inspirational account of what she has learnt.

I arrived in Oxford by train on a cold and wintry day in February. Still, there was the hint of spring in the new buds on the trees, a reflection of my own excitement and anticipation at the potential of the week ahead.

I was in Oxford to attend the weeklong residential High Performance Leadership Programme at the University of Oxford’s Said Business School, and travelled by taxi from Oxford station to Egrove Park, where the Business School’s residential facility is situated on beautiful grounds just out of town.

Unlike many of the well-known historical buildings at Oxford, Egrove Park is a contemporary building – raw concrete, windows everywhere looking out onto stylised courtyards, an appropriate design for executives from all around the world who frequent the premises during training.

On arrival I was escorted to my accommodation for the week – a split-level, extremely well appointed room with everything that could be expected by an executive doing the course at the facility. I wondered who the other participants might be and thought surely they will be ‘real’ executives, not just a ‘lucky’ person like me. Little did I know how differently I would feel about myself in just six days’ time.

Classes began not long after my arrival on Sunday, February 23. I excitedly (if not slightly apprehensively) found the lecture theatre that would be my main location for the next six days, along with 37 other participants from around the world.  As I sat in the smartly designed room my first impressions were that I was among the youngest of the participants, and that whilst there were other women present, we were not in the majority. As I would soon discover, ages would range from late twenties to late fifties. 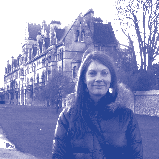 Similarly, the cultural backgrounds of the participants were as diverse as the fields we came from – banking, oil and gas, tertiary education, information and computer technology, corporate consultancy, the United Nation’s Geneva office- with participants coming from a variety of countries including the US, the UAE, Switzerland, Spain, Malaysia, Nigeria, the Netherlands, and  Germany. I was the only representative from the media industry, and only one of two Australians attending.

We began with an introduction to both the course and the three convenors of the program. Tim Morris is a Professor of Management Studies and has written extensively on strategic change, the management of innovation, and strategies for managing human capital. Dr David Pendleton is a Chartered Psychologist who specialises in leadership, assessing and coaching senior executives, and developing their abilities to lead change and create high performance cultures. Alison McQuater has expertise as a coach and consultant in strategy development and implementation, and in developing the interpersonal capabilities that senior leaders need in order to move their organisations and teams forward effectively.

All three convenors have extensive ongoing experience working as consultants beyond their roles at Oxford, providing them with many practical examples of real world scenarios which they brought to the programme throughout the week. I found all three brilliant in presenting their areas of expertise and stimulating open discussion amongst the group.

After the introductions, the remainder of the afternoon comprised an overview of the week ahead and a preliminary discussion on leadership. Each of us then nominated our own personal leadership challenge that would form the basis of group work for the week ahead. Those with similar challenges were grouped together.  My challenge and group fell under the broad yet powerful category of ‘personal effectiveness’. At the conclusion of the afternoon’s classes we all attended a welcome networking drinks before heading off to dinner together. During this time I started to learn about the other participants informally. I would come to feel a great sense of commonality with them all by the end of our week.

The format of the first afternoon was reflective of the rest of the program. Days started early and consisted of lectures and group discussions, small group work in preparation for an end of week presentation, and individual coaching sessions from a trained business coach.

Group work followed-on from the discussion on the first day of our individual leadership challenges. In my personal effectiveness group, despite the diversity of experiences and jobs we held, there was much commonality across the problems we faced as established or emerging leaders. I was humbled by the openness with which other participants discussed the challenges they faced, and impressed by the respect and care in listening that each of us gave as we took turns discussing our personal situations.  Even at the beginning of the week I was struck by how so much of what we all faced could be boiled down to a handful of key points.

The one-on-one coaching with the business coach was an invaluable experience.  Many of the other participants had used business coaches before, either during their transition through career changes or to help them navigate through particular tricky periods of work.  For me it was a first time experience and one that I found extremely helpful, firstly for articulating what my own concerns about leadership were, and then, through the course of the week, coming up with an action plan to deal with them in a practical way on the road to success. I then had a final coaching session via skype six weeks after completing the course, to see how my action plan was working.

The social activities arranged for us were not only entertaining, but generated a ‘hot-house’ effect. The group for the most part became well attuned to each other, enabling the more formal discussions to be far more open and frank than they may have been otherwise. For me personally, I found it deeply insightful to hear how senior executives and CEOs were trying to confront their own leadership challenges in some very large global organisations.

One of the most important aspects of the programme was the psychometric testing conducted in order to help us to define and understand our own leadership profile. Prior to my arrival I had completed a range of questionnaires, and my colleagues also completed surveys on me for the purpose of an all-round review of my practice as a leader, team member and employee.

The comprehensive psychometric data assessed four primary areas. First, the Hogan Development Survey (HDS) looks at what happens to your behaviour when you are put under pressure.  Second, the Primary Colours 360 report shows the extent to which your personality is helping you in each of the several leadership areas under the Primary Colours model: setting strategic direction, creating alignment, leading, planning and organising, building and sustaining relationships, team work and delivering results. The third called MPVI assesses your values, motives and interests. Finally the NEO is a general personality questionnaire that measures personal attributes against five basic underlying factors – neuroticism, extraversion, openness, agreeableness and conscientiousness.

All participants received the results of the various assessments and then underwent a detailed discussion of the meaning and purpose of each test.  Our results were also provided in graphical form in comparison to the rest of the group, and also in comparison to a sample of several thousand executives and business leaders who have conducted the same surveys in the UK and North America.

Many of our group, including me, found the results extremely informative if not slightly confronting.  It isn’t that anything was an extreme surprise, but the metrics shed light on parts of oneself that a person is perhaps less comfortable facing-up to or admitting openly.  Even before completing the week, just having this professional ‘mirror’ held up in front of me provoked thoughts about where I wanted to focus my energy in order to strengthen my strengths and mitigate my weaknesses.  It also provided a wonderful tool to start thinking about other people that one may work with – what motivates them and how they operate in the various spheres.  Knowing not only how your own mind works, but understanding others too, is a powerful leadership tool.

The insight gained through the psychometric testing was complemented by in-depth discussion of leadership both at conceptual and practical levels. Highlights for me included a session by guest Lecturer Owen Darbishire, Rhodes Trust Lecturer in Management Studies, who discussed leadership decision-making using powerful models and examples, one being the 1986 Challenger Launch disaster. Other great sessions included Alison McQuater’s Delivering Results and Performance Management, and Tim Morris’s session on Culture and the Context for Leadership.

Overall, I found the experience at Oxford highly challenging and rewarding. I walked out the door of Egrove Park a different person to the one who walked in six days before.  Not only did I have a greater sense of who I was, but also of where I had the potential to go. So frequently we, and particularly women, question ourselves and the success we have attained and write it off as luck. What I discovered is that many of the participants suffered from the same feelings I had. They felt they weren’t living up to the expectations they held for themselves, or that they didn’t know how to see the potential for themselves and their organisations, beyond the difficulties they faced on a daily basis.

At the risk of sounding like a self-help manual, I found that as a young woman it was immensely empowering to realise that you have the ability within you to reach where you want to go. Certainly people may tell you it is possible, but until you realise this for yourself you are limiting your potential every day.  Prior to attending the HPLP I had only a couple of abstract notions about what a leader should be, and these were based on fairly generic male-styled leader archetypes. I believed at some level that I had to be like those in order to succeed.

What I now understand is that anyone can be a leader if they want to be. There is no one type. However, you need to be open in order to acknowledge both your strengths and your weaknesses and to continually learn, grow and adapt to the world around you. What you then create is your own brand of leadership.  In a competitive world this is what counts and it will set you apart, not because you fit a particular mould, but because you can work within the extent of your abilities, and you know how to build and lead a team around you.

I walked out of Oxford with renewed self-confidence, re-checked the unrealistically high benchmark I had been setting for myself, and felt newly equipped with a toolkit that empowers me to tackle the many challenges that I need and want to face, as my career progresses. With this refreshed outlook on both myself and leadership, I have a renewed drive for incorporating what I have learnt at Oxford into the film and television industry that I feel so dedicated to working within, into the future.