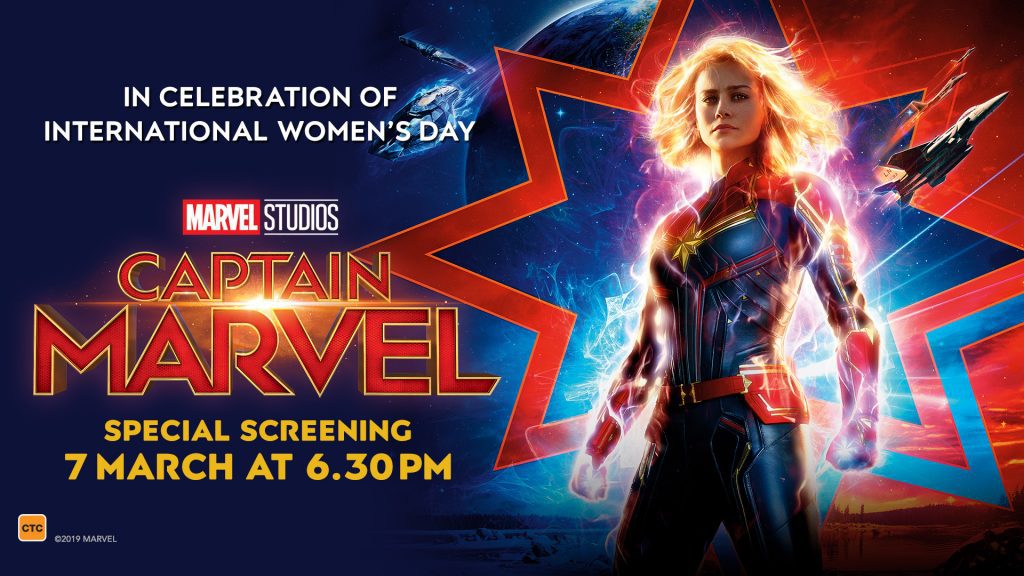 Academy Award winner Brie Larson stars as Captain Marvel, the first stand-alone, female-franchise title character in the Marvel Cinematic Universe in a film co-directed by directors Anna Boden and Ryan Fleck. In her work on the film, Brie Larson not only stipulated inclusion riders, but also pushed for diversity across her current press tour. This meant better representation for female and marginalised groups across the journalists, magazines, stylists, social media teams, photographers, designers, and hair and makeup artists.

In collaboration with Marvel Studios, we’re thrilled to present this special screening on the eve of International Women’s Day and opening night of this milestone film.

Get your ticket here.

Captain Marvel
Set in the 1990s, Marvel Studios’ “Captain Marvel” is an all-new adventure from a previously unseen period in the history of the Marvel Cinematic Universe that follows the journey of Carol Danvers as she becomes one of the universe’s most powerful heroes. While a galactic war between two alien races reaches Earth, Danvers finds herself and a small cadre of allies at the center of the maelstrom.