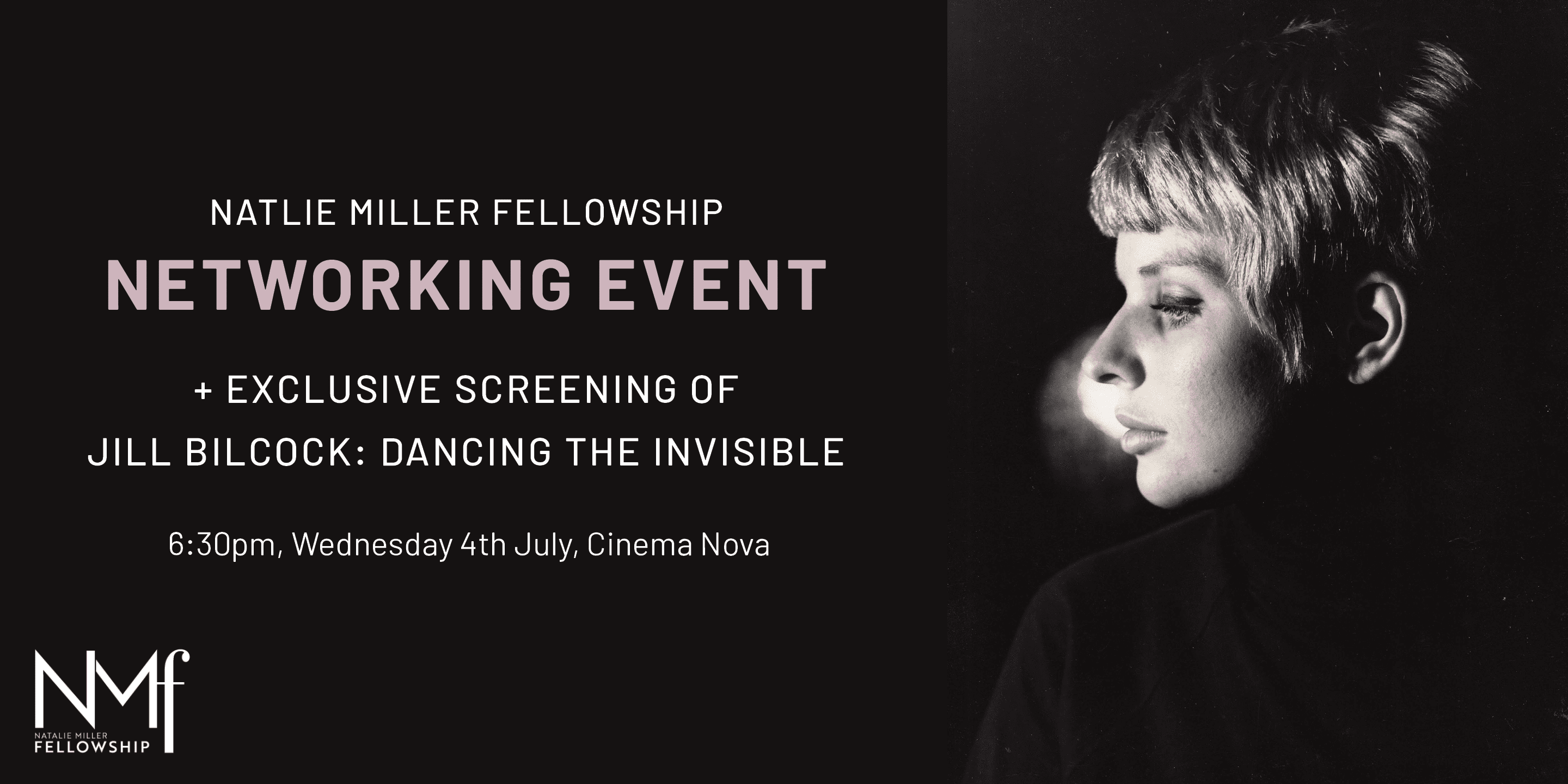 The NMF is excited to host this special evening celebrating women and leadership in the screen industry. Join us for a night of inspiration, information and networking.

Our mission is to empower female leadership in the Australian screen industry and applications are now open for our annual grant which awards $20,000 to a woman in the screen industry – across production, exhibition, broadcast, distribution and post-production services. The grant is designed to assist the next generation of female leaders in achieving their leadership goals.

On this special evening, you will hear from 2017 NMF recipient Kristy Matheson, recently appointed Director of Film at ACMI, about how she’ll be using the NMF to further her career development. Kristy will be joined by Sue Maslin, President of the NMF, to answer all your questions.

You’ll also enjoy a preview screening of the new Australian feature documentary film, Jill Bilcock: Dancing The Invisible about the legendary screen editor of many iconic films (Muriel’s Wedding, The Dressmaker, Strictly Ballroom, Red Dog, to name a few). Following the screening, please join us in the Cinema Nova Bar for drinks and networking.

About Jill Bilcock: Dancing The Invisible (written and directed by Axel Grigor)

Jill Bilcock: Dancing The Invisible focuses on the life and work of one of the world’s leading film artists, Academy award nominated film editor Jill Bilcock. Iconic Australian films Strictly Ballroom, Muriel’s Wedding, Moulin Rouge!, Red Dog, and The Dressmaker bear the unmistakable look and sensibility of Bilcock’s visual inventiveness. But it was her brave editing choices in Romeo + Juliet that changed the look of cinema the world over, inspiring one Hollywood critic to dub her a “Russian serial killer on crack”. With a back-story as colourful and surprising as her films, and featuring commentary from Cate Blanchett, Baz Luhrmann, Shekhar Kapur and Fred Schepisi, this documentary is a wonderful insight into the art of editing and the profound impact it has on storytelling.

All proceeds raised go to the Natalie Miller Fellowship.